(March 2020)
Overweigthed, undersprung and big muscles with thundering V8’s… This is AC Legends Trans Am racing! Overcome the big inertia, dial in a little slide and drive with your feet to dance with the cars…
The best drivers in the world fought fiercely in every race, providing competition and action that has never been equaled in any other race series. All the iconic pony cars from 1966 to 1970 are ready to race.
Although sharing a lot of components, each car has it’s unique driving character due to different track/ wheelbase ratio’s, weight and suspension geometry. All cars share same engine and tyre compound. All the cars are very competitive to each other making the mod very suitable for league racing.
The initial release of this mod was done by Team SBH many moons ago… A while back I was contacted by a friendly fellow simracer named mickstix who was running an online vintage TransAm league. They did a lot of improvements on the models and asked my permission for release. We decided to collaborate, hence the physics also got overhauled for all cars.
Changelog v2.0
Known Issues:
Due to various sources the model quality may very per car.
Credits:
– Conversions/ 3d Modelling: Donnie Heerdt (SmallBlock Hero), Mick Nesevitch, Uncle M
– Physics: Bazza von Dutch
– Sounds: stock Kunos and various unknown sources.
– Skins by SBH, Ned, Highbank, (sorry if I forgot someone)
Download
Assetto Mods admin2020-04-01T00:39:56+10:00Categories: Car Mods, Car Packs|Tags: Race Car, Trans Am, Vintage| 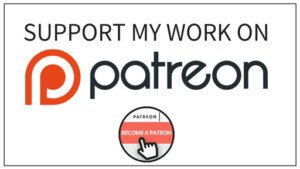